London is an exciting city, with its squares, typical pubs, parks, and streets full of people from different parts of the world, which gives the city a very multicultural atmosphere. As a London guideline, this article will let you know elaborately the most visited places in London.

How To Get There From The Airport

The normal thing is to get to the city by plane, and of course, a big city like. London has five airports: Heathrow, Gatwick, Stansted, Luton, and London City. Although the first two mentioned are the closest.

10 Places To See In London 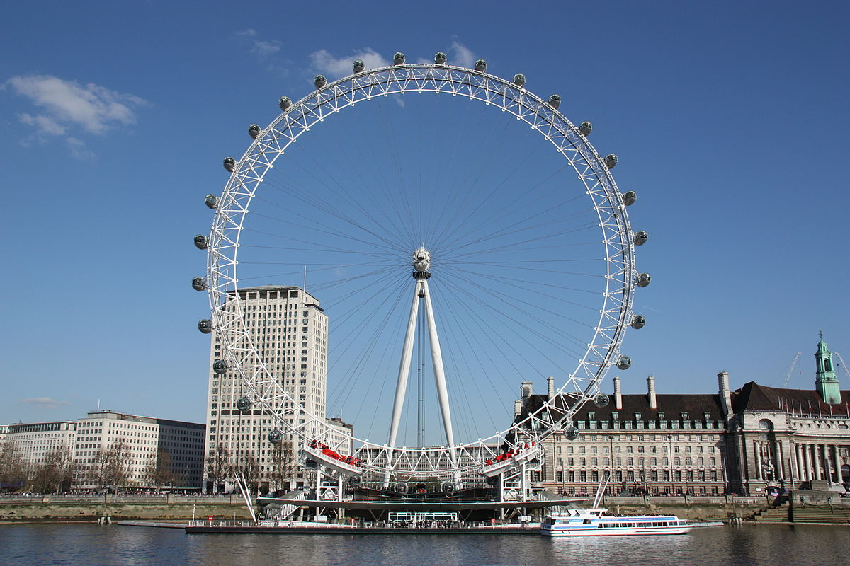 The first time I was in London, my visit began under the dazzling London Eye. The third-largest Ferris wheel-viewpoint in the world. From which you can have a spectacular view of the entire city. As well as its most emblematic monuments. In order to avoid long waits, it is recommended to book tickets online. Which also offers discounts, with an approximate price of £17, and a duration of 30 minutes.

Palace Of Westminster And Big Ben

Afterward, taking a relaxing walk along the banks of the River Thames, and after crossing the famous Westminster Bridge, we were surprised by the most photographed tower in the city, Big Ben, the great clock tower added to the Palace of Westminster, meeting place of the Parliament of the United Kingdom, with its great bell of 13 tons, which was the one that originally received the name later inherited by the rest of the tower, as a tribute to its creator.

Westminster Abbey, an elegant Gothic church built in the 10th century as a Benedictine convent. And in which all the English monarchs have been crowned. Where their tombs and those of British figures of great recognition in various fields. Such as Charles Darwin, William Shakespeare, Isaac Newton, Haendel or Charles Dickens. The visit is highly recommended, not only for its historical and architectural content, but also for the calm atmosphere colored by its impressive stained glass windows, or the walk through the Collage Garden, the oldest park in the city with more than 900 years

From Downing Street To The National Gallery

From there, we went through Downing Street, where the Prime Minister’s residence is located, and headed to Trafalgar Square, a large square, which commemorates the battle of the same name, in which the British army defeated the French and Spanish on the coast of Cádiz, and where we will find Nelson’s Column with a height of 50 m., honoring the admiral who died during it, and Charing Cross, the “zero kilometers” of all the roads in the country, all crowned by the National Gallery.

After everything we had done, it was getting dark, but it was welcome since we were only 10 minutes walk from the exciting square of Piccadilly Circus, the meeting point of London’s lively nightlife, and famous for its advertising screens placed on the square since 1910. In addition to the buildings that surround it, including the Tower Record, the Criterion Theatre, or the London Pavilion, we can also see the fountain of Hero s, the god of love.

The next day in the morning, we got up very early and we were touring the gardens of the Palace of Kensington, which was the official residence of Diana of Wales. Only separated by the Serpentine Lake in Hyde Park, with its Crystal Palace, and the mythical Speakers’ Corner, available to anyone who has something to say.

Afterward, and in a bit of a hurry, we went to Buckingham Palace, the residence of the British monarchy, where at 11:30 a.m. The changing of the royal guard of the queen is carried out, with its cavalry, its characteristic red uniforms, and the original black hats.

Later we went to visit The British Museum, which houses more than seven million objects from all corners of the world, highlighting the archaeological remains of Ancient Egypt or Greece. Don’t forget to browse the fascinating reading room.

To end the day, we went to the key handover ceremony held at the Tower of London. Which was declared a World Heritage Site, for being the best-preserved medieval castle. And home to the British crown jewels. At 9:30 p.m. The one known as Beefeater opens the door to visitors, guiding them throughout the castle. And escorted by the royal guard stages the delivery of the keys to the queen. A very well-organized show, which will take us even deeper into the history of the place. Which had prisoners as distinguished as Anne Boleyn. Who, according to legend, is still seen walking around with her head under her arm. Near here, there is the Tower Bridge o Puente de la Torre. A drawbridge with two beautiful towers at its ends.

On the last day in London before leaving, we took the opportunity to visit St. Paul’s Cathedral and climb the narrow staircase for approximately 30 minutes, to enjoy the wonderful views offered by the dome of one of the largest cathedrals. of the world.

Save Money On Your Trip To London

An interesting piece of advice is that you buy the  London Pass, a pass that offers free admission to more than 55 tourist attractions, it will help you wait in fewer queues at some of them, and you will have the option of jointly purchasing the additional Travelcard Transport card, which, I can assure you, will mean significant savings.

You may also be interested in London Travel Guide, Steps, And Tips